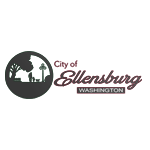 There are seven Library Board Members, the majority of which must be City residents. Board members are appointed by the City Manager and serve five-year terms. The current Board members are:

Sarah Beauchamp is the current City Council liaison to the commission.

The Board operates under the authority of City Ordinance No. 3937 and is responsible for: